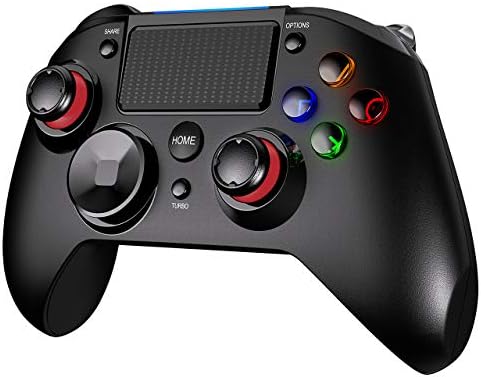 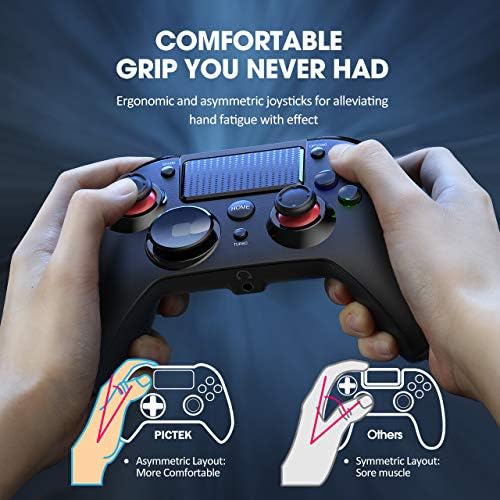 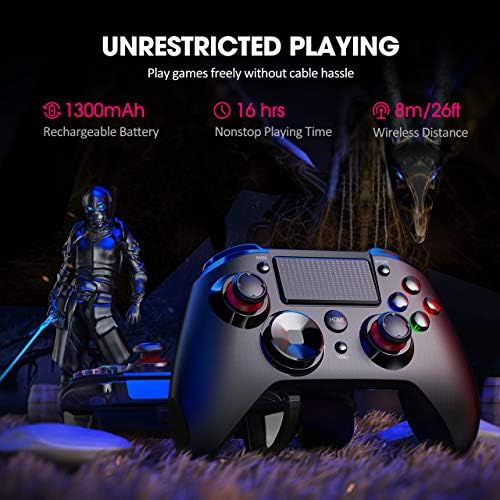 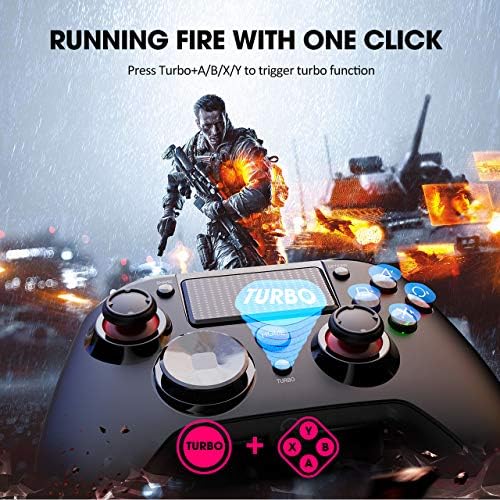 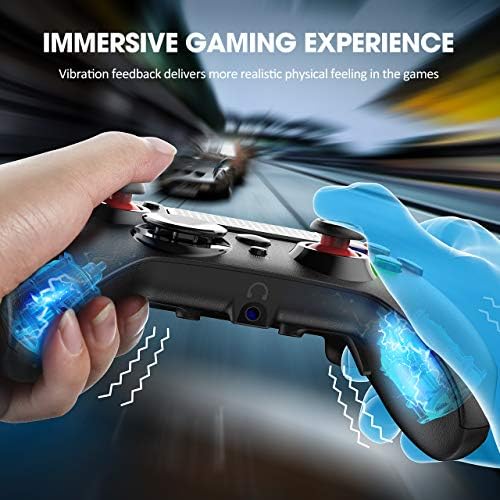 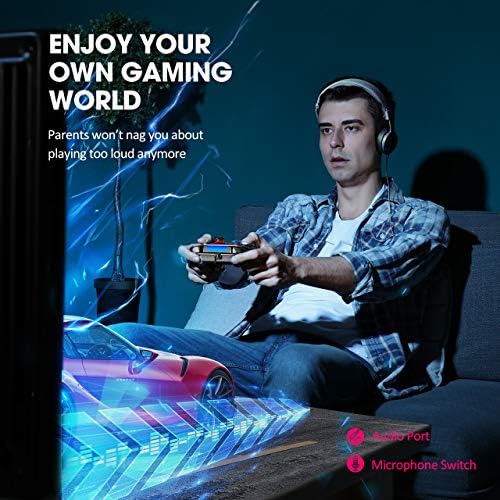 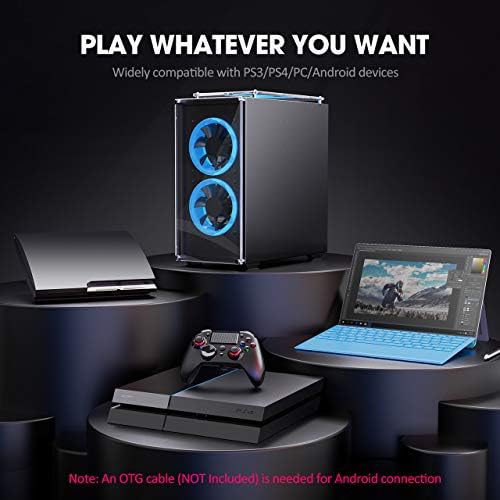 🎮【16+ Hours for Non-stop Gaming 】 Adopted with 1300mAh rechargeable battery, the largest capacity in the market, PICTEK wireless ps4 controller offers longer nonstop playing time which is up to 16 hours, thus you can use it for almost one day without charging.
🎮【Immersive Gaming Experience】 Our wireless game controller has 6-axis sensor and dual vibration feedback for a more realistic gaming feeling. It is also equipped with an audio option, so you can plug headset to completely immerse yourself in a gaming world.
🎮【Precision Control & Quick Response】 The linear trigger of this ps4 controller wireless has a built-in Hall sensor, which can provide a better sense of game and control. It is like an accelerator and can speed up more easily during driving games. PICTEK ps4 turbo controller also adds an turbo button that allows you to fire continuously without hitting the button all the time. These powerful functions will make you unstoppable in any game.
🎮【Updated Strong Compatibility】 Our bluetooth ps4 controller working for PS4, PS5 (Note: Only the PS4 version of the game in the PS5 console is supported, the PS5 version of the game is not supported), PC and other Android devices (A USB cable is needed for PC connection), Supporting tremendous popular games such as PUBG, Fortnite, Rules of Survival, Super Mario and more. It’s compatible with all Windows systems such as Win 7/8/9/10/XP/Vista, etc.
🎮【One Million Times Use Life】 Different from other cheaper third-party ps4 controllers, this ps4 wireless controller uses a better material for the buttons and joysticks of controller. After strict tested, the buttons and joysticks can be used up to one million times. The wireless gaming controller is ergonomically designed with asymmetric joysticks, which can effectively relieve muscle fatigue on your thumb join and offer you maximum gaming comfort.

Added to wishlistRemoved from wishlist 0
Add to compare
$24.99