WATCH: Marvel drops first take a look at Hydra Stomper Steve Rogers in ‘What If…?’ 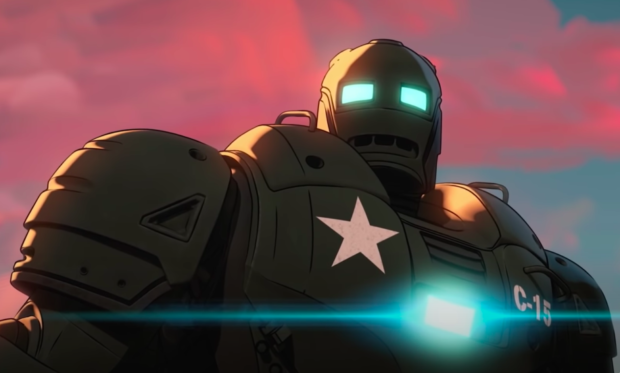 Marvel has given followers the primary take a look at Steve Rogers donning the Hydra Stomper go well with within the upcoming animated sequence, “What If…?”

Within the 40-second clip launched yesterday, Aug. 4, followers had been in a position to take a glimpse of Hayley Atwell’s Peggy Carter as Captain Britain preventing alongside Sebastian Stan’s Bucky Barnes.

The sneak peek, aptly titled “Steve,” is about in World Conflict II and reveals Carter and the others preventing Hydra. Then enters Steve Rogers, clad within the “Hydra Stomper” go well with that appears similar to Tony Stark’s Iron Man armor.

Whereas no additional particulars have been launched, “What If…?” is about to indicate completely different realities within the Marvel Cinematic Universe (MCU). Via the trailers Marvel has launched, the primary episode will comply with Peggy as she receives the super-soldier serum as an alternative of Steve.

Regardless of not being a super-soldier, nevertheless, Steve nonetheless efficiently joined the military and got here in as “air help” for the others, destroying tanks with ease utilizing his go well with of armor.

The mentioned clip additionally highlights the braveness and integrity of Steve, who continues to battle “bullies” regardless of not being become Captain America.

Steve because the Hydra Stomper is barely one of many potential realities that “What If…?” shall be exploring. As seen in earlier trailers, the sequence will for one discover the story of T’Challa as Star-Lord as an alternative of Peter Quill. This may even mark the final efficiency of the late actor Chadwick Boseman for Marvel.

ChrisEvans is not going to be reprising his position because the American hero within the animated sequence and Marvel has but to formally announce who took on the position. “What If…?” is about to premiere on Disney Plus on Aug. 11.  /ra

Save 49% on the Treblab X5 true wi-fi earbuds